Now I finally got my ass going on this. sand sand sand grind weld sand, blah bla blah,, a little more work. looks like it has some body damage I’ll have to fix but for the most part looks good. a little more sanding and...... 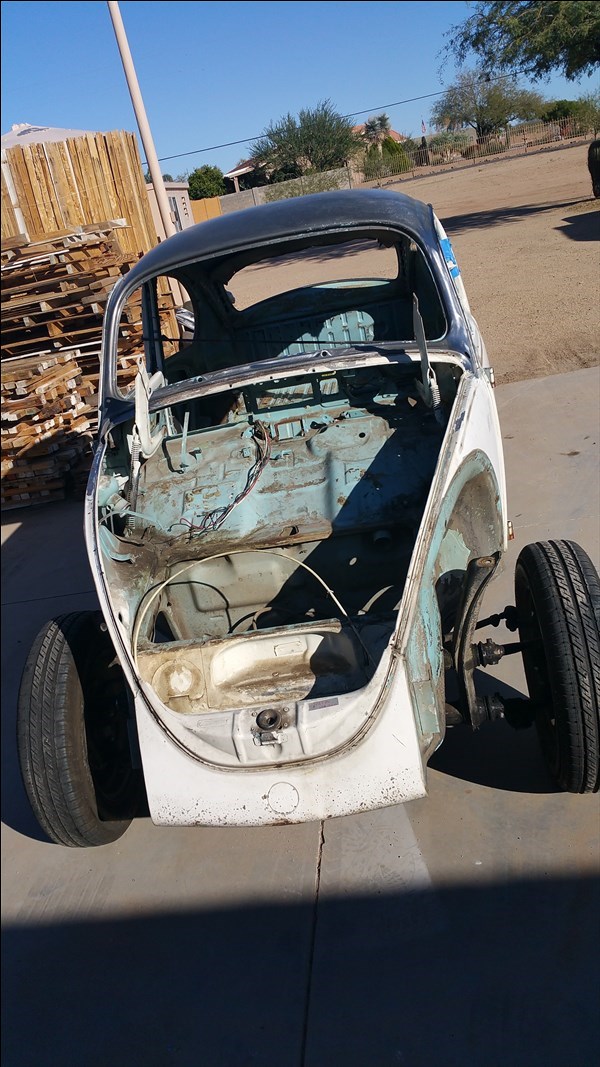 VW BUG at the office and in the works

1971 vw bug This is what she looked like when we got her. plus a bunch of parts and boxes everywhere so i covered her up and set it aside until we got the title. There is a whole story behind getting the title. took......

The need for this kind of car, and its functional objectives, was formulated by the leader of Nazi Germany, Adolf Hitler, who wanted a cheap, simple car to be mass-produced for his country’s new road network. Hitler contracted Ferdinand Porsche in 1934 to design and build it. Porsche and his team took until 1938 to finalize the design. The influence on Porsche’s design of other contemporary cars, such as the Tatra V570 and the work of Josef Ganz remains a subject of dispute. The result was one of the first rear-engined cars since the Brass Era. With 21,529,464 produced, the Beetle is the longest-running and most-manufactured car of a single platform ever made.

Ok this is my next or one of the many projects i have going on at the same time in the same area all in a state of chaos.

the wife decided that she wanted something cool to drive and always wanted a VW. she spent some time looking and found this bug. we went and looked at it and it got the thumbs up from me.

we took all the 1000’s of parts in boxes, put the frame and the body on a flat-bed and brought her home. were she sat for some time until the title problems got worked out.

now she has moved into the office i work on her between stuff and after im off for the day. the colors the style will all be on the wife to decide ill just be putting the sweat and had work into it to get her done.